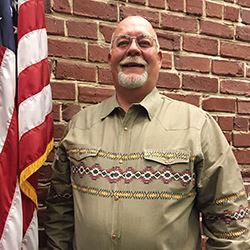 Neal “Bud” York is a lifelong resident of Collinsville, Tulsa County, Oklahoma.   He served as City Commissioner for the City of Collinsville from 2008 to 2014, at which time he became mayor.

Bud served thirteen years in law enforcement and thirty plus years as a motorcycle technician, owning and operating his own business for many years.