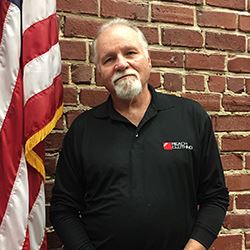 Mr. Francis attended Northeastern Oklahoma State University and is a Veteran having served in Vietnam and Germany.

Brad has received the Collinsville Chamber of Commerce Community Service Award and also the State of Oklahoma District 11 Making a Difference Award for his dedicated service to the community he loves.